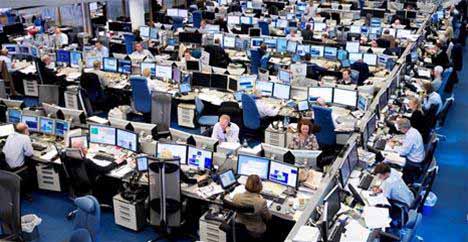 DNV has gathered before and after operational-performance data which indicate that redesigning the bulbous bow of slow-steaming container ships can produce fuel savings of 5 per cent or above. These ‘nose jobs’ can have a payback time of less than a year.

Hyundai Merchant Marine (HMM) operates a series of 8,600 TEU container vessels which were designed and built for high speed. These vessels are actually able to operate at 27 knots. However, today the vessels are “slow steaming”, operating in the range of 15 to 18 knots. At these speeds, the existing bulb is not efficient.

In order to quantify the possible savings potential, DNV carried out a comprehensive study to develop a new bulbous bow shape optimised for the expected trading conditions. A cost-benefit assessment was conducted based on the estimated savings and this created the basis for HMM to go ahead with a conversion.

Based on input from DNV, Daewoo Ship Engineering Company (DSEC) carried out the structural design work. The conversion of the first vessel, the Hyundai Brave, was completed in March 2013.

After the “nose job” in drydock, onboard measurements have shown that the USD 680,000 modification has reduced fuel consumption by almost 1,000 tonnes per year.

“The performance of the new bulbous has carefully been evaluated as part of verification over about 2 months period after delivery and fuel saving in operation so far has been found to be around 5% or above. The payback period is expected to be much shorter than the 1 year originally estimated,” says Taeg-Gyu Lee executive vice president of HMM.

“Close cooperation between DNV, the structural designer and the yard ensured the timely execution of the design and installation work,” says Jost Bergmann, DNV’s Business Director for Container Ships. “Improvements in fuel economy have now been demonstrated in loaded, light and full capacity operations.”

The project, starting with the initial planning phase, was completed in 14 weeks and, with pre-fabrication, the yard erection work was completed in only two weeks during the vessel’s regular docking cycle.

DNV developed a series of potential bulb shapes, made to suit the new operating profile of the Hyundai Brave, that where all tested by use of computational fluid dynamics. The new bulb does not add to the vessel’s overall length and is five tonnes lighter than the original.

DNV is confident that the recorded success of this project will assist other owners looking to improve the competitiveness of older vessels. “Existing ships have to compete with a new breed of efficient and flexible designs,” said Mr Bergmann. “One result of the high design speed of many existing container ships is that the bulb is highly tuned to reach the maximum speed. The new reality for much of the existing fleet is that this affects efficiency at lower speeds. DNV’s bulb optimisation service now has hard data to demonstrat