Αρχική Ναυτιλιακή Αγορά VIKING ramps up Down Under 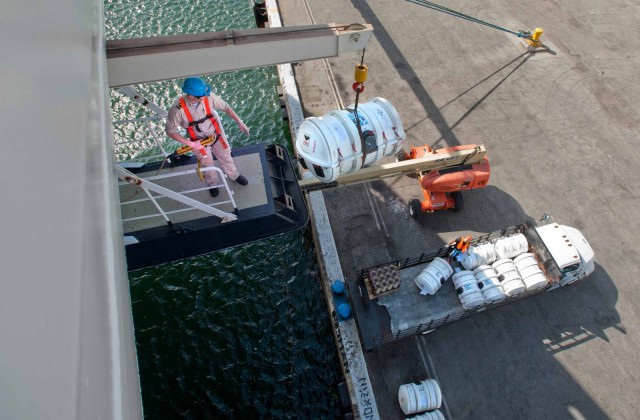 The inclusion of Australia and New Zealand in VIKING’s fixed-price Shipowner Agreement network has long been on the wishlist of shipowners doing business in that part of the world. While the addition of these two highly developed countries may seem a natural step for a global offering like the Shipowner Agreement, there is a powerful underlying driver in these markets: the generally high price levels Down Under, making VIKING’s globally fixed prices particularly attractive.

VIKING CEO Henrik Uhd Christensen: “By getting closer with the two partners Down Under, we have achieved our goal of providing comprehensive geographical coverage for the Shipowner Agreement. In both cases, we have simply extended a long history of fruitful cooperation, formalizing and deepening it even more. All parties are confident that this agreement will result in higher service volume and closer co-operation for many years to come.”

With the introduction of the Shipowner Agreements to the region, VIKING and Wiltrading have strengthened their long-term relationship with Wiltrading’s nationwide network.

According to Wiltrading’s General Manager, Rob Lynn, “VIKING’s Shipowner Agreements are revolutionizing the way servicing of life-saving equipment is carried out. Australia is an important link in VIKING’s global network and, with strategically located service facilities located around the Australian coastline, Wiltrading is committed to supporting shipowners whose vessels operate in this region.”

John Peake, General Manager of Auckland-based Denray Marine, sees the benefits of the Shipowner Agreements for his clients and his business: “We’re pleased to be part of VIKING’s Shipowner Agreement network, helping to bring fixed-price servicing to the global shipping industry.”

VIKING’s Shipowner Agreements offer the market’s broadest, most comprehensive servicing package for marine safety equipment. The agreements were the first to provide global, all-in-one servicing with a choice of product packages, systems and servicing that range from basic options to top-of-the-line innovations. These highly customizable, managed service offerings have been rapidly adopted by the shipping industry. Key to the success of the Shipowner Agreements is a variety of fixed-price payment plans aimed at ensuring shipowners know exactly what they can expect and how much it will cost. Shipowner Agreement-based servicing at a fixed price is now

available in up to 118 ports all over the world.