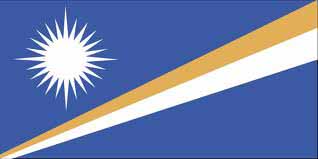 Since the opening of its Rio de Janeiro office 2012, the Republic of the Marshall Islands (RMI) Registry has firmly established itself as the flag of choice for companies doing business in Brazil. International Registries, Inc. and its affiliates (IRI), who provide administrative and technical support to the Republic of the Marshall Islands (RMI) Maritime and Corporate Registries, opened the Rio de Janeiro office to better service owners and operators both within and outside of Brazil. The RMI Registry is the third largest registry in the world, surpassing 109 million gross tons (GT) and 3,240 vessels in August 2014 with vessels servicing or engaged in the offshore industry representing over 6 million GT of the RMI fleet.  Clarkson’s Research Services ranks the RMI as the third largest offshore registry with a growth of nearly 9% in the offshore industry this year.

In August and early September, 27 offshore units were registered by the RMI Registry’s office in Rio de Janeiro. These registrations have contributed to the rapidly growing RMI offshore fleet which encompasses the full spectrum of vessels including drilling, production, accommodation and service/support units; some of which are ship shaped, self-elevating, semi-submersible, self-propelled and non-self-propelled. “The RMI Registry has captured the diversity of vessel types in the offshore industry under the flag,” said Charles McHardy, Senior Vice President, Technical & Gulf Coast Operations. “The RMI Registry has been very active in the offshore and energy sector and seeing industry stakeholders in Brazil choosing the flag is testimony to the Registry’s provisioning of highly qualified and experienced offshore personnel,” continued Mr. McHardy.

Capt. Luiz Freitas, who manages the Registry’s Rio de Janeiro office, will be joined, on 19 September, by Registry representatives from offices in Ft. Lauderdale, Houston and Reston for the annual RMI Offshore Advisory Group (OAG) meeting. The objectives of the OAG are to provide a forum for discussion of issues related to vessels engaged in the offshore industry and general issues affecting the offshore industry among parties with an interest in maintaining the high standards and commitment to safety, quality, and environmental performance of the RMI Registry. The OAG was formalized in 2012 and is open to all persons or entities that operate vessels registered in the RMI or who have an interest in furthering the goals of the Registry. “We are honored that Petrobras agreed to host this year’s meeting at the Petrobras Academy here in Rio,” said Capt. Freitas. “The registrations over the past six weeks have included 22 vessels under construction from Sete Brasil’s  Dutch subsidiaries, 2 vessels under construction from Petrobras, the delivery of number 4 out of 5 newbuilding supply vessels from Bravante, and 2 existing units operated by Schahin S.A. GranEnergia will also register one existing unit in the near future,” continued Capt. Freitas. “Having the OAG here in Brazil is a wonderful opportunity for these local companies to provide feedback to the Registry and ensure we are meeting their needs,” concluded Capt. Freitas.