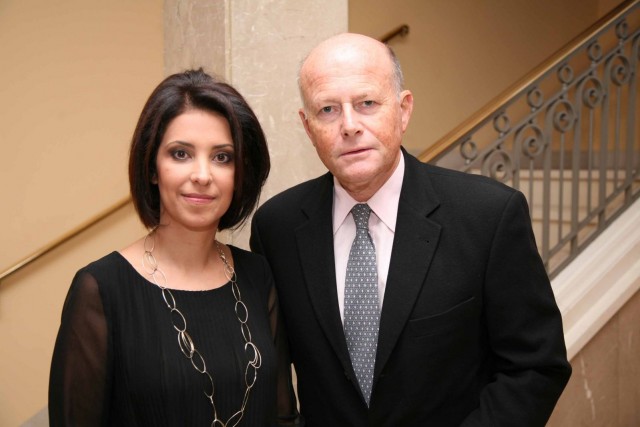 The Institute of Chartered Shipbrokers Greek Branch organized, on 2nd of November, its 7th Annual Forum honoring with the British Embassy in Athens the 100 years of presence and success of the Institute. The title: « Navigatingthrough theeconomicstorm. Settingarouteindifficulttimes ».

The forum was held at the Eugenides Foundation, where many well-established shipping professionals attended – covering all spectrums of the industry.

Mrs. Natalia Margioli Komninou, Managing Director of the ICS Greek Branch and HMC, opened the conference. After thanking and welcoming the speakers, she conveyed that “It is of great importance to represent in Greece an international recognized professional body which celebrates its centenary this year.” She noted that the ICS, 100 years now, has adapted to all the radical changes that had taken place in the shipping world and continues to educate new generations of shipping practitioners to a higher standard of professionalism.

She expressed her thoughts about the title of the Forum, remarking that in these times of economic instability and of the endlessly changing trade balances of world trade, the Greek shipping is in front of new challenges. Shipping depends largely on the route of US economy, the solution of European debt crisis, the sustainability of world economy growth of emerging economies and on the internal problems of the sector arising from the overbuilding of the world’s merchant fleet. The latter provoked an over tonnage that forced the rates own to an uneconomic level. Under these circumstances, shipping companies are on alert so as to restore their performance and for the market to return to attractive levels.

The Chairman of the ICS Greek Branch, Mr. Tsavliris, made a flashback to the Institutes history, under the circumstances of celebrating the Centenary. He linked the 100 years of the ICS’ presence with the strong association between Greeks and the maritime centre of the City of London. He stated that the qualities of Greeks in London are epitomized by the Institute’s coat of arms since 1931 and the motto: “Our word, our Bond.” The ICS Chairman indicated the contribution of the ICS Greek Branch to the Institute’s continuing popularity and importance overseas.

Concerning the Forum’s topic, Mr. Tsavliris queried where the current situation is driven by the economic turbulence and the market uncertainty which seems to be the prevailing characteristics at this current point in shipping history.

He concluded his speech by offering two quotations which suggest that mere knowledge and conventional forecasting tools may not always be sufficient. A French politician Georges Clemenceau, speaking around the time of the First World War, said: “There are people who know much – but who do not understand anything – and people who understand much – but who know nothing”.

Mr. Tsavliris commented that we can take more encouragement from what was said by the 20th century British explorer, H. W. Tilman, which may be found keeping with the adventurous spirit needed for the risky shipping business.

Mr Tilman said: “No-one goes further or faster than the man who does not know where he’s going”.

The British Ambassador, Dr. David Landsman, OBE, welcomed the panel and the distinguished audience. He remarked that Greece, Europe and generally the global economy are experiencing challenging times.The volatility of the markets, the shift of centre of gravity to the East and the unprecedented globalization impose the need to have a clear insight and to be able to react. According to the British Ambassador, the shipping market and especially, the Greek Shipping is a typical sample of the above mentioned elements. Support and promotion of experience, relation and traditions of trust are the essentials to overcome the crisis.Finally, the Ambassador acknowledged that the ICS has the international credibility, has been well established through the years and adapted to meet the new demands of the industry.

Mr. Alan Marsh presented an overview and forecast of the Shipping Markets by means of supply and demand. The presentation covered all three Shipping segments Tankers, Dry Bulk and Containers. On the wet front oil demand is to remain relatively stable over the next years in the contrary to the total tanker fleet and current order book which dictate a significant oversupply and as a consequence a poor future market. The dry bulk segment shows a much better equilibrium with demand for dry commodities increasing steadily up to 2015 giving better perspectives for the market to absorb the large number of vessels on order. The overview on containers shows the trend of ordering vessels of larger size and the focus on fuel efficiency incorporating new technology. Economies of scale prevail in favor of the main line operators leaving the smaller players struggling over a very difficult market.

Last point raised by Mr. Marsh is the danger of the excessive domestic Chinese newbuilding ordering concluding that the Chinese fund financing a number of orders of well established Greek owners may prove a “wrong decision”.

Mr. Haralambos Fafalios, stated that various markets have changed throughout the year 2011, generating concerns about the future. Analyzing the sectors, he pointed out that tankers and containerships declined, while in LNGs, VLPGs and Capesizes improvements and investments have been observed, with the Greek Shipowners to account for at least half the new buildings in order. Although, he remarked that this years the market had a substantial scrapping programme especially in dry bulks. Mr. Fafalios recognized that in order to face the future we should understand the shipping’ s past history and learn from it. A pattern that the main players of shipping, in our days, seem to have omitted. According to him, the future is determined by a series of challenges. Oversupply of tonnage and the global banking are the main “enemies” for the shipowners’ long-term profitability. The cargo demand from emerging markets, e.g.: China, India and their prospects of being absorbed by the future tonnage is also a challenge. The new era in ships’ assignment under the E.E.D.I. figure will also affect its design, running costs and the asset’ value, and thus the market. The declining ethics reshape the shipping activity. Last but not least, the FFAs market and their effect on physical markets as well as the Black Swan events-unforeseen events- shall be taken into consideration when talking about the future prospects. The Chairman of the Greek Shipping Co-operation Committee, concluded optimistically , mentioning that the Greek Shipowners will continue to survive and prosper despite the rough road ahead, remarking the old adage that the sea never dies.

The presentation of Dr. George Gratsos “Setting a route in difficult t times” attempted to give greater insight on how and why the freight market and ship prices fluctuate. It highlighted the fact that the tonne-mile supply of shipping is ever changing as ships adjust their speed depending on freight levels and bunker prices and the effect this had.  It also suggested a better indication of ship valuations based on a realistic floor, the balance representing expectations of income.

Mr. Platsidakis noticed that we are facing a serious collapse of the earning capacity of ships, some 25 years after the latest severe crisis. He compared the crisis of 1980s and the extensively laid- up ships, with the current situation cautioning that it might get worse. Under this statement, he emphasized on the need to be prepared for the future to benefit from the positive effects when the crisis is over. Mr Platsidakis analyzed the main parameters that affect the shipping environment and shall be taken into consideration so as to overcome the obstacles. He began his analysis with the role of the company and its reputation. The human element plays a vital role, as office people can identify the threats and shall have the enthusiasm to face them especially during a crisis. Banks play a major role, according to the Managing Director of Anangel Maritime Services Inc., and therefore, the shipping’s people shall give them as much information is needed in order for them to be pro-active and encourage them that the crisis is temporary. Important contribution have the charterers and the goods/ service providers. The first are the companies’ clients and it is essential to keep them close to the companies ensuring a consistent cooperation. The latter, who gain the least attention, afford either a loss making or late payment, increase the costs; a fact that at the time does not sound as a recommended practice. That is why the companies shall not neglect them. Mr. Platsidakis concluded with the phrase “The beauty of shipping is that it has its own self cleansing mechanisms and always finds its way out of the crisis by itself and in better shapes.”

Mr. Matzavinos started his presentation be referring to the candle problem an experiment of the psychologist, Karl Duncker  that aims to prove that some people can think differently than others and find efficient solutions. This is the challenge for the people involved in shipping industry nowadays. The shipping community in Greece, according to Mr. Matzavinos, has well placed and equipped people to face the challenges. Referring to the current situation, he insisted on the shipping banking sector and the three main points – Profitability- Capital- Liquidity and how the priorities have changed the last years. He placed the reasons to the current sovereign debt, the weak position of the banks to fund due to the lack of liquidity and capital as well as the high financing costs. He also, mentioned that the history shows the different risks faced by the public and private shipping companies. According to him, traditional and family owned companies can manage the risks in a better way fulfilling quality criteria thank big and publicly listed companies. The head of global shipping, of Unicredit Bank AG, concluded that the world has changed the shipping finance business. But Greek Shipping is capable to face any challenge of the finance business and grab any opportunity.

Mr. Jonathan Elvey, the Managing Partner of Ince & Co Piraeus, spoke about navigating through the economic crisis from a lawyer’s viewpoint.  Clients usually go to lawyers when things go wrong – when outside events have blown their navigation off course.  But sometimes prevention is better than cure – it is always wise to read your newly-minted contract at the outset to see what solutions it offers.  When things do go wrong, especially in these difficult times, clients often need help with security front as well as legally.  In English law force majeure and frustration are no excuses for a default.  But sometimes companies are simply too big to walk away from their obligations.  And there can be good reason to take the fight to the end.  Earlier today Inces’ clients succeeded in the UK Supreme Court in their claim against a refund bank following a yard’s insolvency.  The case had gone through every Court stage. They took the fight to the end and were right to do so.

Before the closing of the forum, it took place the award commendation of the Candidates that participated with success at the ICS Examinations in April 2011.Mrs. Margioli Komninou, mentioned that in 2011 more than 500 shipping executives attended the professional seminars of HMC and 150 shipping practitioners participated at the ICS Examinations, which lead to the acquisition of the ICS Membership, mark of competence in the shipping industry internationally.

The 7th Annual Conference of the ICS Greek Branch was held with the kind contribution and support of the following sponsors: 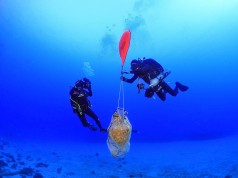 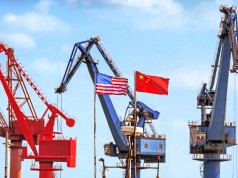 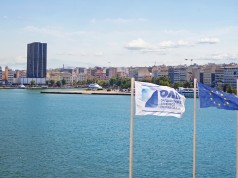 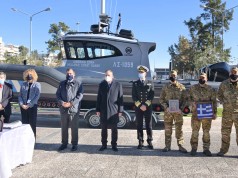 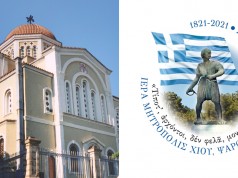 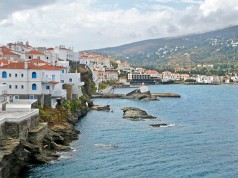