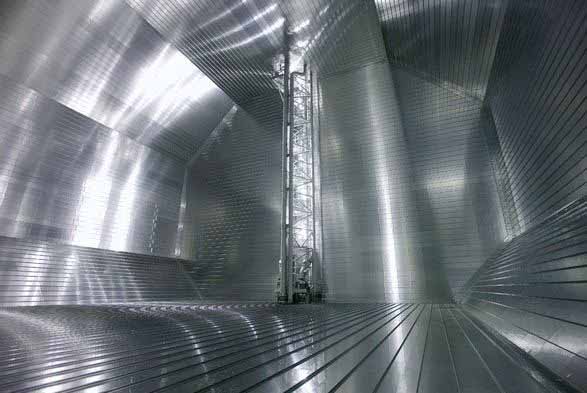 and prediction for LNG carriers

Amarcon, a member of the ABB group, announced that it has signed a cooperation agreement with GTT (Gaztransport & Technigaz) to market and further develop a forecasting and advice software system for sloshing prevention onboard LNG carriers. The agreement was signed at the LNG17 Conference & Exhibition in Houston,US.

In the coming years, a significant growth in the long distance transport of LNG is expected.Consequently, a considerable number of new build LNG carriers will come into the market. It is clear that the safe operation of these vessels will be imperative.

To respond to this demand, last year Amarcon and GTT already announced the joint effort on development of sloshing prevention software for LNG Carriers.

The sloshing prevention is an advanced module within Amarcon’s OCTOPUS advisory suite that will forecast and advise the crew with optimum route to achieve time savings while preventing risk for sloshing. Sloshing prevention will greatly boost the LNG tanker’s safe conditions and optimize the operational availability of the ships.

“We are looking forward on working together with GTT in order to serve LNG carriers with a state of the art onboard sloshing advice, which will help crews to choose the route, speed and course with least risk for sloshing, so time savings can be achieved and damage to the LNG membrane tanks can be prevented.

Also in the offshore LNG, we see large potential and need for this kind monitoring and advisory systems as a part of an asset management program” Leon, Adegeest, General Manager of Amarcon said.

GTT (Gaztransport & Technigaz) is a French engineering company formed in 1994 specializing in designing and licensing the construction of cryogenic LNG storage tanks for the shipbuilding industry.

Amarcon, a fully owned subsidiary of ABB, provides monitoring and forecasting software solutions for performance and availability optimization of sea-going vessels, and is the leader in vessel motion prediction solutions. ABB acquired Amarcon in august 2012 as an important step to expand its marine software offering.

Today, ABB offers a wide range of marine advisory and optimization systems to the maritime and offshore market. ABB (www.abb.com) is a leader in power and automation technologies that enable utility and industry customers to improve performance while lowering environmental impact.

The ABB Group of companies operates in around 100 countries and employs about 145,000 people.