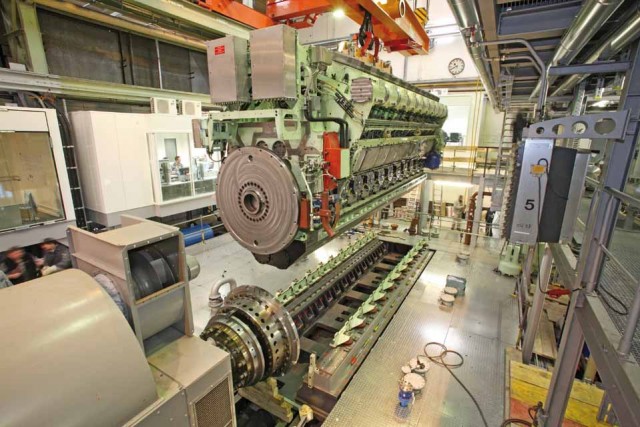 Italian Visemar has placed an order with the Cantiere Navale Visentini yard, near Venice, for a RoRo ship. The vessel will be powered by a complete MAN propulsion package featuring 2 × 9L32/44CR medium-speed engines.

The 9L32/44CR engines each develop 5,040 kW at 750 rpm and are complemented by 2 × Renk RSV 900C gearboxes and 2 × Alpha CPP propellers. The engines fulfill IMO Tier II regulations and will be built at MAN Diesel & Turbo’s Augsburg works in Germany from where they are scheduled for delivery in August 2013. The newbuilding is scheduled to follow in April 2014 and, having already been granted a ‘green passport’ and green star certification, will be one of the most efficient and environmentally friendly vessels in its class.

Tolgos continued: “Another important benefit is the engines’ unmatched performance in terms of minimum smoke emissions, even with lower-quality fuels like HFO. We are very pleased that Cantieri Navali Visentini and shipowner Visemar, two long-standing customers of MAN Diesel & Turbo, expressed their confidence in our company by asking us not only to supply the engines but, additionally this time, the complete propulsion package including MAN Alpha CP propellers.”