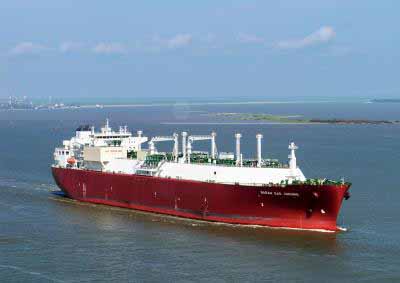 Mark III is GTT’s well-established containment system. This has now been further developed to reduce the boil-off rate from 0.15% to 0.10% of the cargo volume per day.

The common industry practice has been to build LNG carriers with boil-off rates of 0.15% of the cargo volume per day, reflecting the typical need for boil-off gas as fuel on board. The Mark III Flex system has been developed in response to the reduced need for fuel gas due to the improved efficiency and changed operational practice of LNG carriers.

The improvements have been achieved by increasing the containment tanks’ insulation thickness from 270 mm to 400 mm. This change in thickness effects the design of system elements that penetrate the insulation, such as the lower pump tower support and gas dome. The modified proportions of the insulation panels have a potential effect on the loading of the secondary barrier. The new system also implements GTT’s modified liquid dome design.

GTT has carried out an extensive qualification programme for the new system to ensure that the safety and reliability levels remain equivalent to or better than those of the conventional Mark III system.

Approval in Principle (AiP) was granted by DNV in June 2011. In mid-September this year, the system was given DNV’s General Approval for Ship Application (GASA), which means it is qualified for shipboard use.

So far, 27 new vessels with the new Mark III FLEX system have been ordered from Korean yards. Twenty of these will be built to DNV class.

GTT’s other LNG containment system, NO 96, is being developed to meet similar boil-off rate (BOR) requirements, and a similar qualification process by DNV is ongoing.