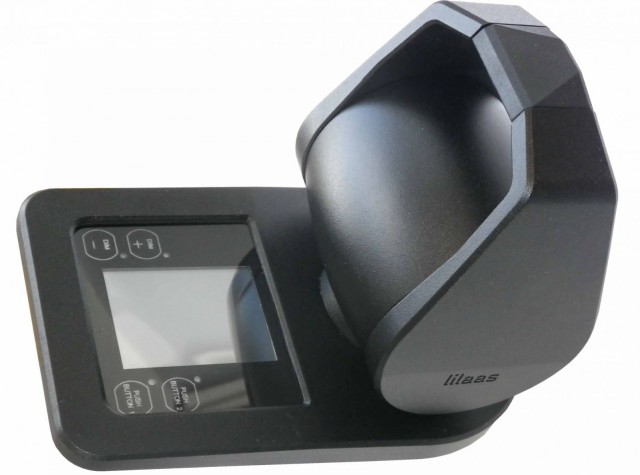 Launched at SMM 2012, the Norwegian company’s new range of LO1 electronic levers and the LO4 joystick combine operational efficiency with the type of structural elegance and programming flexibility that yacht owners demand, the company says.

“Every helmsman likes to work in a different way,” says Terje Akerholt, Lilaas Maritime Division Sales & Marketing Manager. With our new generation products, we took this into account at the concept stage.

These are control levers with a modern design and functionality for the future.”

Electronically-controlled LO1 levers include high software content, with components pre-installed in the lever structure, and only a very shallow cut-out beneath. The design brings together the functions of multiple joysticks or levers into a single unit. It is also programmable so that individual customer requirements can be left to individual customer requirements.

The LO1’s built-in TFT LCD display shows all of the information in one place, including the position of the lever, feeding back information from the yacht’s systems. Different models are available for azimuth, thruster or propulsion control, with a range of options to facilitate customisation. These include a 4-20ma current loop, relay outputs, display graphics, a USB interface, DC motors, force feedback and the possibility of having either CAN bus, Profibus or Ethernet interfaces.

“Some of these are ‘firsts’ for the marine industry, putting us right at the cutting edge as far as control technology development is concerned,” says Mr Akerholt.

Lilaas worked with Oslo-based Hareide Design to produce the distinct, bold aesthetics. Hareide’s creative director, Magne Ekerum Hoiby, observes: “The product combines a rational functionality with a focus on safety. We chose to use pure and functional physical shapes that are also proportional and balanced. The graphic display’s sleek simplicity is also distinctive.” The result, Mr Hoiby believes, is a strong and individual design identity that reflects the Lilaas culture.

Meanwhile, enhanced control sensitivity underpinned the development of the new LO4 joystick, It incorporates magnetic touch-free sensors and dispenses with the need for a potentiometer altogether. The compact LO4 includes adjustable brakes, a push button with a light, and spring-return and switches on both X and Y axes, with all axes useable simultaneously.

Espen Hoff, Lilaas’ R&D manager, explains: “We decided to use a magnetic sensor that is physically smaller than a traditional potentiometer, giving us the opportunity to produce a more compact mechanical solution with fewer parts. The form of the handle itself is also distinctive. It is not circular, as is often the case with this type of joystick. The handle fits well in the hand and at the same time the shape of the handle points out the direction of the rotatable z-axis.”