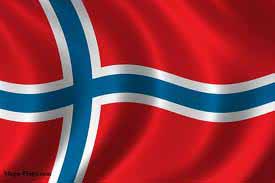 The Government of Norway officially recognized ClassNK as its newest Recognized Organization (RO) at a special signing ceremony held at the Royal Norwegian Embassy in Tokyo on 8 November 2011. Deputy Minister Rikke Lind of Norway’s Ministry of Trade and Industry, and ClassNK Chairman & President Noboru Ueda signed the agreement, which grants the Tokyo-based classification society the authority to perform surveys and issue certificates for Norwegian flagged vessels.

Deputy Minister Lind highlighted the importance of the new agreement, saying: “I am certain that this agreement will prove to be a milestone in the long and proud history of maritime cooperation between our two countries.” Her sentiments were echoed by ClassNK Chairman and President and current Vice-Chairman of IACS, Noboru Ueda who added that he hoped the agreement would “help to build even stronger ties between the two great maritime nations” and committed ClassNK to “providing the best service possible to Norwegian flagged vessels over the years to come.”

The new agreement makes Norway the 103rd flag administration to delegate authority for surveys and statutory certificates to ClassNK, which became the first classification society in history to have more than 190 million gross tons on its register at the end of September 2011. The scope of the agreement is substantial with Norway’s two ship registers, the Norwegian Ordinary Ship Register (NOR) and Norwegian International Ship Register (NIS), accounting for almost 2,000 vessels totaling more 16.5 million gross tons.