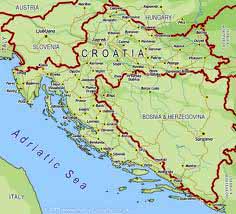 ClassNK (Chairman and President: Noboru Ueda) has, for the first time, held ClassNK PrimeManagement seminars in Europe. The seminars convened in Constanta, Romania, on 24 October and in Split, Croatia, on 26 October 2012. More than 70 participants attended each event.

Croatia and Romania are among the leading suppliers of seafarers to the global fleet, providing many officers to Japanese flag LNG vessels and VLCCs.

The seminars were held with the full support of the Croatian and Romanian crewing associations and were attended by representatives of local shipping companies, government officials, maritime education and training institute officials, marine consultants and others.

Presentations followed on ClassNK’s activities, the Maritime Labour Convention that will come into force in August 2013 and the approval of ECDIS training. Delegates then took part in a lively question and answer session.

Further seminars are planned in Turkey and the Middle East.