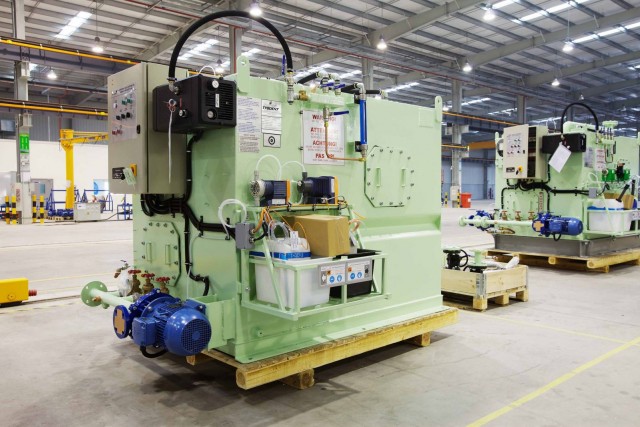 Hamworthy, the leading manufacturer of marine sewage treatment plants, has won a contract with South Korea’s Hyundai Heavy Industries to supply an ST8 series unit to the Quad 204 FPSO project for BP.

With delivery scheduled for 2012, the contract marks the latest in a number Hamworthy has secured in the offshore industry and reflects the close cooperation between Hamworthy’s worldwide offices, particularly in this case between the UK and South Korea in developing a system to meet project requirements.

The BP-operated FPSO is to be deployed to the west of the Shetland Isles in the North Atlantic as a replacement for the Schiehallion FPSO.

The ST8, which handles around 12,000 litres water per day, has been modified to meet stricter enforcement of sewage treatment standards for operation under IMO MEPC 159(55) guidelines, which came into force in 2010 and employ more stringent black water effluent quality treatment guidelines.

The pumps and macerators are in 316 stainless steel and in accordance with offshore pump specifications and pipe work are in super duplex stainless steel all according to NORSOK M-650 requirements.

This contract follows on the heels of Hamworthy’s recent deal to supply its inert gas generator packages for the same project, with delivery also scheduled for 2012.