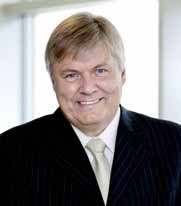 DNV and KEMA will form a world-leading energy consulting, testing and certification company that can drive the worldwide transition towards a safe, reliable, efficient and clean energy ecosystem. DNV KEMA will consist of all 1,800 KEMA employees and 500 employees from DNV’s renewable energy and sustainability activities. The new company will be led by Thijs Aarten, the CEO of KEMA, and headquartered in Arnhem, the Netherlands. Mr Aarten will report to a Supervisory Board chaired by DNV CEO Henrik O. Madsen.

“By joining forces, 2,300 experts will meet the needs of an industry in rapid transition and growth. The combination of cleaner fossil-fuel-based power generation and the increased use of renewables will truly make a global impact. This is the strategic rationale behind DNV’s biggest investment ever which, along with DNV’s other 8,000 employees engaged in supporting our maritime, oil & gas and other customers, makes DNV a leading global player in third party and technical advisory roles,” says Leif Arne Langøy, the Chairman of DNV’s Board of Directors.
Strategic and cultural match
KEMA’s activities are highly complementary to those of DNV’s existing renewable energy and sustainability businesses and all these activities will be integrated to form one compelling service offering to the global energy sector. Services will cover the entire energy value chain from energy source to end user, including wind energy, carbon capture and storage, carbon trading, energy efficiency, power generation, transmission and distribution, and energy-related testing, inspection and certification.

The global energy sector is heading for significant changes and investments. The International Energy Agency (IEA) estimates that USD 10 trillion will be spent between 2010 and 2030. Stricter environmental regulations and increased fuel costs will drive a transition towards cleaner fossil fuel and more cost-effective power generation. This transition, including that towards integrating more renewable power into the energy grids, will require system-wide changes. In the US, Europe and Asia, the shift is already under way and will be partly supported by the introduction of smart grids or intelligent energy networks.

“In DNV, we have found a solid, innovative and international partner that has the same strategic vision, purpose and values as our company. For decades, KEMA has been a highly respected global energy consultant and provider of energy-related testing, inspection and certification services. Both KEMA and DNV have strong traditions as independent leading players with world class technical and business knowledge and growth ambitions,” says Thijs Aarten, the CEO of KEMA.

“Over the past two decades, we have become a leading certifier and technical adviser on renewable energy. But to fulfil our ambition of really impacting our customers’ transition towards a low carbon economy we need to also provide independent certification and technical advice to the power generation, transmission and distribution sector. KEMA is globally recognised in this mission sector and is thus a perfect strategic fit,” says Henrik O. Madsen, the CEO of DNV.

“Through organic growth and acquisitions, we have built significant capacity relating to renewable and cleaner energy, such as wind and solar energy and carbon capture and storage. In addition, DNV has recently developed power transmission and distribution capabilities, a field in which KEMA is already a global leader. The acquisition of 74.3% of KEMA’s shares is a huge step towards achieving our ambitions and widens our portfolio, which includes our traditional maritime and oil & gas businesses,” says Mr Madsen.

“DNV KEMA’s core markets are in Europe, North America and China and the new company will benefit our customers by providing them with a broader portfolio of services across the entire energy value chain,” adds Mr Aarten.

While DNV becomes the majority shareholder with a 74.3% share, Alliander retains its holding (25.4%) as does Cogas (0.3%). The transaction is subject to the approval of the US, Dutch and German competition authorities.