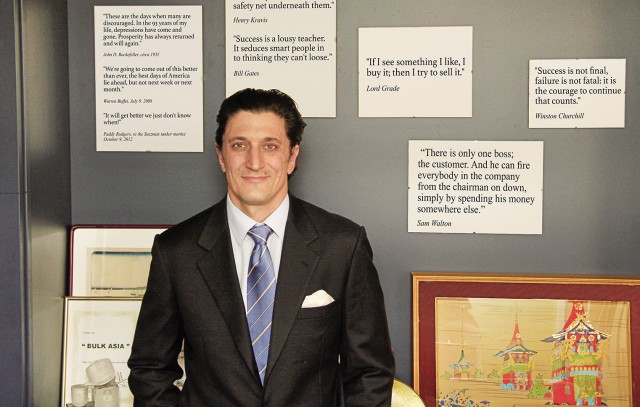 Ιn his exclusive interview with Naftika Chronika, John Michael Radziwill, CEO of C Transport Maritime and CEO and Chairman of GoodBulk Ltd., shares his thoughts on the prospects of the dry cargo market and the continuously changing regulatory environment of shipping. He also places special emphasis on the clear strategies a shipping company needs to adopt to face freight market volatility. Guided by his special interest in Greek shipping due to his Greek roots, he finally refers to the Greek registry’s competitiveness and Piraeus as a major ship management center.

- International organizations and the media have repeatedly stressed that China has been failing to adhere to its trade commitments with the US, particularly when it comes to importing agricultural goods. On the supply side, bulk carriers’ orderbook levels remain at low levels. Are you optimistic as far as the dry market’s prospects are concerned?

Indeed China’s purchase of U.S. goods have been disappointing so far with purchases of agriculture products only reaching 38% of the agreed value as of September 2020 (45% for manufacturing products, 23% for energy products). This means that purchases will have to be exceptionally strong during the last quarter of the year otherwise China will fail to fulfil its commitments.

Although we think that targets won’t be fully reached we expect to see higher volumes of trade during Q4, particularly soybean exports from the U.S. to China as we already see that weekly soybean shipments to China have exceeded one million tonnes since mid-September. In addition to soybeans, we expect to see higher corn shipments from the U.S. to China as China’s commitments for US corn have now soared to 10.6 million tonnes for the 2020-21 period which is a record out of which only 1.9 million tonnes has been shipped so far.

Yes, we are optimistic on the dry cargo market, here are some of the reasons why:

· On the supply side the current orderbook is at least at a 25-year low representing 6.3% of the total dry bulk fleet, almost half compared to November last year (10.5%). The drop in the orderbook is the result of very limited ordering since the beginning of the year (only 9.1 million deadweight reported ordered so far between January and October, down 64% compared to the same period last year).

· On the demand side, China’s imports of some dry bulk commodities have remained very strong like iron ore imports that are up 97 million tonnes / +11% in the January – October period.

· We already saw China roll out stimulus measures which has considerably boosted their economy and the dry bulk trade has benefitted as their economy has returned to normality. These have included accelerating infrastructure projects and massive bond issuance to pay for projects as well as strong bank loan growth. The advantage China has is that is a centrally planned economy and when a directive for unity and a Party call for efforts to achieve economic goals are made, people strive to achieve this. Steel production was up 9-12% YoY in August and September and the PMI’s are pointing to expansion in the economy since March. 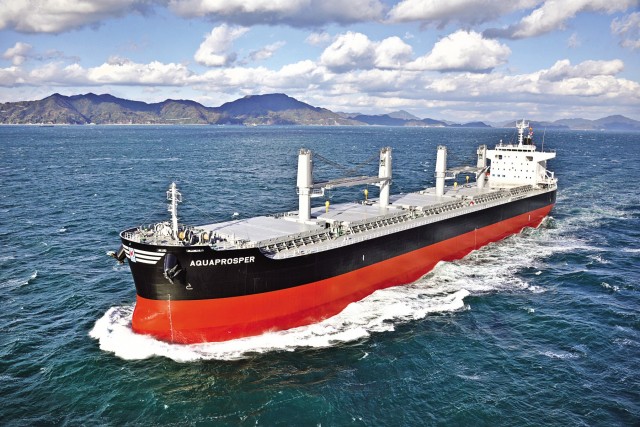 - The European Parliament recently voted for a new regime as a means to reducing carbon emissions in shipping and enhancing the EU Emissions Trading Scheme. Do you believe that such regional measures undermine IMO’s efforts for a greener shipping industry? Will these new Regulations threaten the existence of small sized companies and lead to an abrupt consolidation of many operators and managers?

· If the new regulations proposed by the EU parliament (that shipping companies reduce their average annual CO2 emissions per transport work by at least 40% by 2030 compared to 2018 levels and extending Europe’s Emissions Trading Scheme to include maritime as well) can be aligned with the IMO regulations and not add confusion and significant costs to shipowners that already have a long list of rules to adhere to already (BWTS/scrubber/lsfo etc) then it can work. The fact though that the EU believes that the IMO is not doing enough gives us an indication that the regulations will differ with the EU ones becoming more stringent.

· These regulations are indeed ambitious and potentially require looking into alternative fuels as well which means engine modifications/technical changes etc which adds significant costs that many companies cannot support without external financing and will add to costs along the supply chain (from producers to end users). The complexity of the industry will increase as alternative fuels, either for engine use or their bunkering infrastructure, are not commonplace and this will be a gradual switchover necessitating government involvement to occur as well.

· It doesn’t only threaten small companies but also large ones who will also be incurring proportionately larger costs.

· Possibly it could lead to a consolidation of operators and managers from a knowledge-base perspective (as well as from a cost reduction point of view). I.e. a manager with many ships can become specialists and accumulate knowledge and experience in the path to the drastic reduction in emissions. 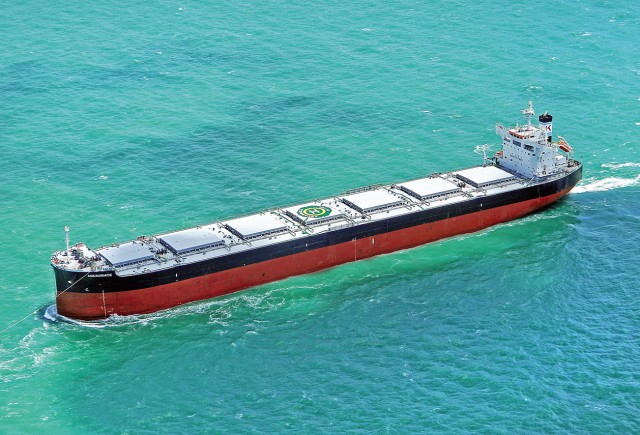 - IMO’s environmental goals for decarbonizing shipping by 2050 require investments in new fuels and technologies. Do you acknowledge any alternative fuels that could provide an immediate solution towards decreasing shipping’s carbon footprint? Are new fuels like ammonia and hydrogen viable alternatives?

· At the moment all our engines are made to run on bunker fuels. The switch to alternative fuels will take time as engines need to be changed and infrastructure of alternative fuelling needs to be upgraded and become more commonplace.

We view slow steaming as one of the fastest and most cost-effective ways to go some way to reach the IMO’s goals for shipping to cut total annual GHG emissions by at least 50% by 2050 compared to 2008 – it’s a lever that everyone has access to, it costs nothing (actually may save money) and its to everyone’s benefit.

- Shipowners have traditionally opted for fleet diversification, as a means to counterbalance the freight market’s volatility. Does this approach yield the desired results nowadays considering the increased requirements by flag and port states as well as charterers?

Fleet diversification is one way to counter the freight market’s volatility but not the only one. A diversified fleet with the wrong trading strategy can be equally, if not more, volatile.

· A conservatively-employed portfolio with enough open days to capture any upside in the market, as most of our clients have is more than a sound strategy to counterbalance volatility.

· Pool participation, like in the Supramax, Panamax and Capesize RSA’s that C Transport Maritime runs, are also a very effective way to smooth out the peaks and troughs of a market. CTM’s pools have an owner-oriented approach with excellent track records in performance and a very flexible structure with an industry low cost make up.

- The euro crisis, as well as the most austere regulatory framework under the Basel Accord have deterred European banks and financial institutions from funding the shipping sector. How feasible is it for a shipowning company nowadays to raise the necessary funds in order to renew and/ or expand its fleet? Northern European banks in particular adhere to the Poseidon Principles. What are alternatives of financing that could if not replace, complement traditional bank financing? Has the above new state of affairs changed the strategic approach and modus operandi of many traditional owners?

· Securing financing is still possible but finance in selective. Our group has solid long-term banking relationships with a handful of banks and we are well supported.

· To get financing today is very difficult and getting more difficult. Only a few banks are still there for shipping, only low leverage and for good and strong names. Also, with most banks having signed the Poseidon Principles (aim to establish a global framework for financiers to align with the International Maritime Organization’s target to halve greenhouse gas emissions from international shipping by 2050) going forward ship finance will not be easy.

· The prevalence of leasing companies as an alternative to bank financing has become widespread and several ship owners have opted for this type of financing in the last couple of years as a means to free up much needed capital.

-During the last few years, there has been a strong inclination towards electric vehicles, as a result of the need to limit global warming. How will this new trend change traditional trade flows and patterns especially to and from Europe? Will commodities such as cobalt and/ or lithium be transported in larger quantities, thus giving bulkers a significant boost? Do you believe that with more electric modes of transport in Europe in the next decade we should expect a change in both the dry and wet market when it comes to the types of cargoes that will be transported?

· Cobalt and lithium volumes traded are less than a million tonnes worldwide therefore insignificant in the 5 billion tonne dry bulk trade, now and over the next 5 years lets say.

· The push to electric vehicles will certainly reduce CO2 emissions from the vehicles but overall the amount of total emission reduction is still in question as the source of power/electricity may still be fueled by CO2 emitting power stations. 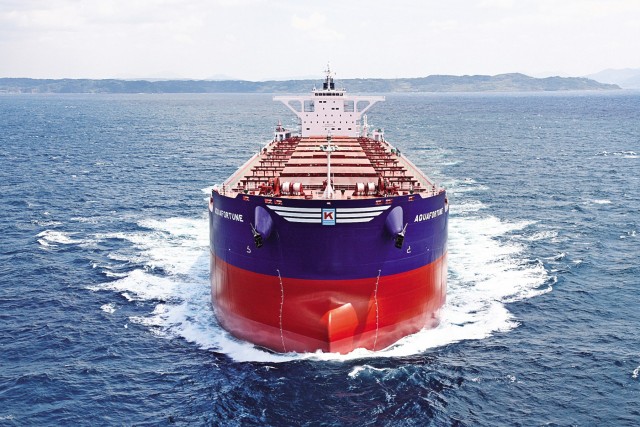 Greek flagged ships make up less than 20% of the Greek-owned fleet, mainly because the Greek flag is a national flag and not as competitive as a flag of convenience despite having top quality expertise as a maritime nation. Crew costs are higher and the crew composition requirement which necessitates employing a certain number of Greek officers is a hindrance (often it is difficult to find that many officers of Greek nationality). Being over 60% of the cost of running your vessels, crew costs must be competitive in order to run an efficient, globally trading fleet which competes for business on the global marketplace with every other vessel and company out there be it Chinese, Indian, Indonesian, Japanese etc.

We note that the Greek government has recently made proactive moves to bring more ships under the Greek flag which we hope will be successful.

As a ship management centre Greece can be attractive since the shipping cluster in Greece is one of the largest (legal, brokerage, insurance etc are all in close proximity).

-Would you consider establishing a stronger presence in Greece and under what conditions?

Greece has some valuable competitive advantages, including the number and the quality of shipping companies that hold an international leading position in the industry and the presence of a complete set of shipping activities which makes it an attractive place to be for sure.

You can read Mr. Radziwill’s full written review in Greek, in our December issue (pg. 34-40) 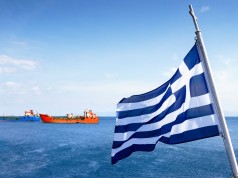 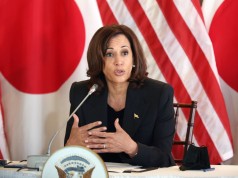 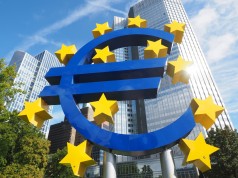 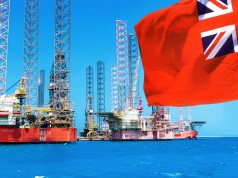 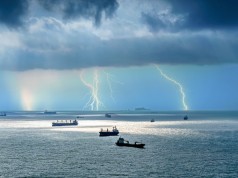 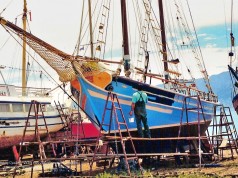