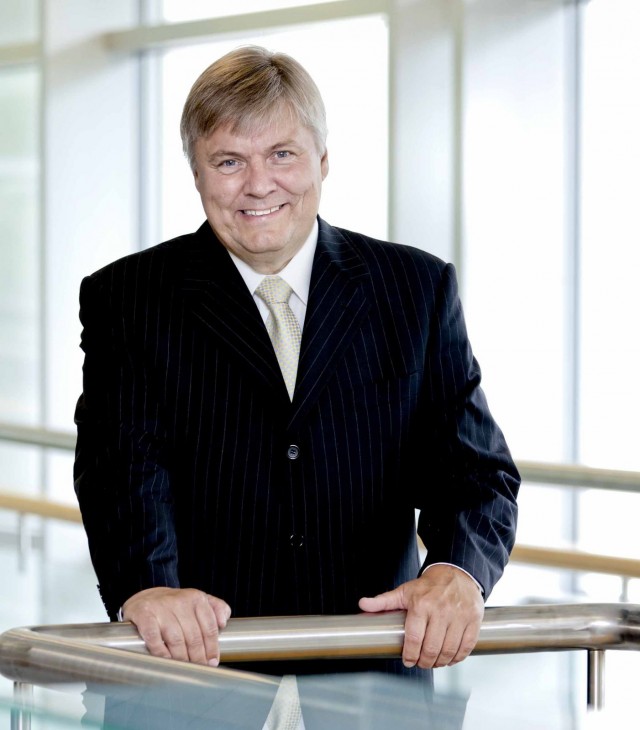 United Arab Shipping Company (UASC) has signed contracts to build some of the world’s largest and greenest container ships – all of which will be classed by DNV.

Hyundai Heavy Industries, Korea (HHI) is to build the five 18,000 TEU ships. In addition, there will be an option for one more. The contracts between UASC and HHI also include 5 + 6 ships of 14,000 TEU, also to DNV class.

“I’m pleased and proud that DNV has been selected as the preferred class for these huge and advanced ships,” says Henrik O. Madsen, DNV Group CEO. “We have actively supported the owner and yard up to the contract signing. Through our expertise and technology, we have been able to aid in the development of these new ships, which represent a major leap forward in terms of size and operational excellence.”

The ships will be designed according to the latest cutting-edge technology. In line with UASC’s vision of being an environmentally focused ship owner, the vessels will also be designed ‘LNG ready’. Accordingly, they will be prepared for easy retrofitting for using LNG fuel in the future, when the related infrastructure is in place.

The vessels will be optimised for an Asia – Middle East – North Europe trade. Their optimal speed window will be 16 – 18 knots. In addition to hull optimisation and advanced propulsion arrangements, cargo securement has been improved through new lashing bridges.

“DNV’s long-term focus on research, innovation and new concepts for improved ships, its high standards and extremely competent people has convinced UASC. I’m sure DNV is the right partner when UASC is to take this major leap for the container shipping industry,” says Jørn Hinge, UASC CEO. “These are complex ships. Complexity requires competence and DNV has been preferred due to its long-lasting focus on and development of expertise.”

Mr Madsen adds: “These new ships will break new barriers. The lessons learned from this project will have an effect on other newbuilding projects too. Size matters and technology improvements to secure leaps like this will also have an impact on and ensure improvements in most vessel sizes.”

DNV has a long track record when it comes to ultra-large ships. In addition to these ultra large container ships and the world’s largest ore carriers, many of the very largest product tankers, chemical tankers, cruise ships, car/truck carriers and anchor handlers are all classed by DNV.

About UASC
United Arab Shipping Company (UASC) is a global shipping company based in the Middle East. Founded in 1976, UASC is present in more than 75 countries around the world. The company is a major container shipping player in the Middle East region and adjacent markets, covering over 200 ports and destinations worldwide. UASC offers containerized and conventional cargo transportation, temperature controlled cargo and value added services to a diversified global client-base, covering the Middle East, Europe, Mediterranean, Indian Sub-continent, Far East, Australia, West Africa and The Americas.