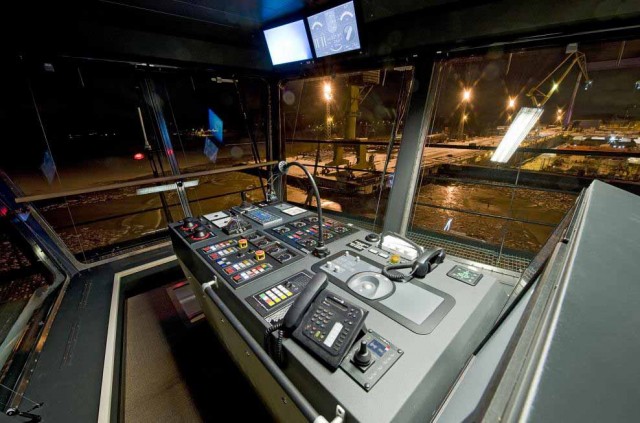 The first vessel in the six-ship series, the Bourbon Sirocco was delivered towards the end of 2012 and is deployed in Angola. Her sistership, the Bourbon Shamal, was christened early in January.

Designed by Piriou Ingénierie and Mauric Design, the vessels incorporate a characteristic straight bow to improve personnel comfort and they meet the needs of both the personnel transport market and offshore installation support.

The Navis dynamic positioning system renders exceptional manoeuvrability and increased operational safety. Each 10-person crew includes one master and a first mate, one DP officer and a junior DP officer, one chief engineer and a second engineer and four others.

Each vessel has a cabin that can accommodate 60 people with 240 sq m of cargo space and the design combines a light, aluminium hull with a waterjet propulsion system, allowing a maximum speed of 30 knots.

Navis was the first DP manufacturer to develop an effective DP solution for a waterjet-propelled lightweight hull crew boat in 2002 and the number of similar projects completed since then amounts to 90.

While the United States has traditionally dominated the light crew boat technology field, Europe and Asia are showing the signs of taking the lead through Damen, Piriou and several other shipyards.