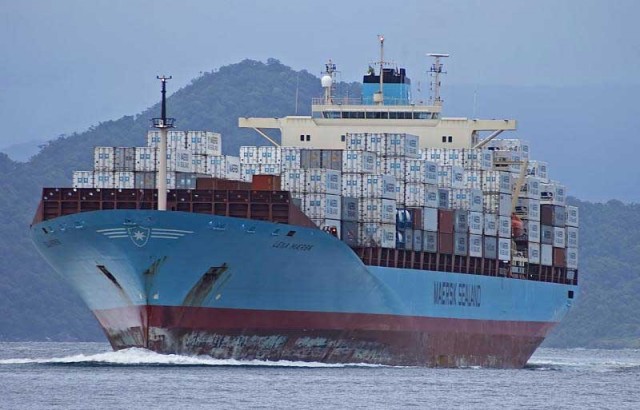 World leading classification society ClassNK has announced its official registration figures for 2012, revealing that the Tokyo-based society registered nearly a thousand vessels totaling more than 25 million gross tons in 2012. The announcement was made on 28 January 2013 following the January meeting of the ClassNK Classification Committee, which reviews and certifies all registrations and certifications made to the ClassNK register.

Figures released by the Committee reveal that ClassNK newly registered 964 vessels totaling 25.7 million gross tons in 2012, setting new records for both number of vessels and total gross tonnage registered in a single year. This caps more than a decade of incredible growth by the Society, and marks the 10

Speaking on the announcement, ClassNK Chairman and President Noboru Ueda stated: “Our achievements in 2012 have set a new standard for both ourselves and the maritime industry, but we firmly believe that these successes are only a reflection of the trust we have earned from shipowners and shipyards around the world.”

Perhaps most surprisingly, registrations of vessels transferred to NK from other class societies amounted to 272 vessels totaling 5.4 million gross tons, more than 28% in terms of ship numbers and 21% of gross tonnage registered by the society in 2012. This too marks a new record for ClassNK, roughly doubling the Society’s previous record of 137 vessels totaling 2.9 million gross tons set just last year in 2011.

Addressing the record number of transfers, Mr. Ueda noted: “Our growth in Europe in particular has increased our registration of existing vessels, with transfers of German owners alone accounting for roughly 20% of all existing tonnage registered in 2012.”

Mr. Ueda went on to say that “While newbuilding registrations are forecast to fall in the years ahead, we expect to maintain our current record breaking pace of registrations through this year, and hope to report similar figures in 2013.”

th straight year that ClassNK has set a new record in terms of total tonnage added to its register.