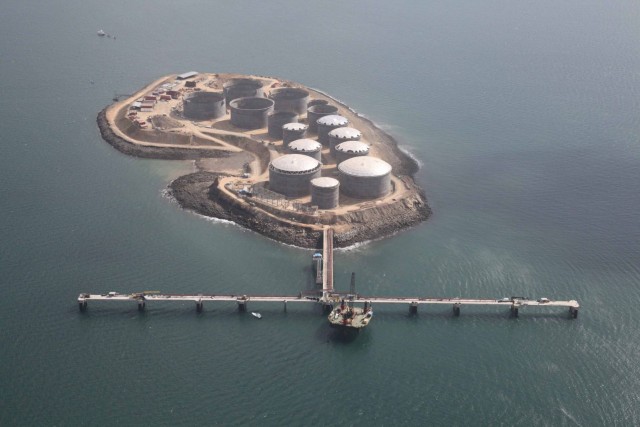 Glasgow-based marine safety consultancy, Safety at Sea Limited, has completed its first port project, for the Melones Oil Terminal, (MOT) in Panama. MOT is a 2.1million barrel capacity tank farm facility due to open before the end of 2012 on the Islas Melones, a greenfield development around eight nautical miles from the Pacific end of the Panama Canal.

Safety at Sea provided a Marine Safety Assessment covering marine procedures and operational limits around the newly constructed terminal. The project encompassed the modelling of vessel manoeuvrability in the waters approaching the transfer and storage terminal and devising the initial stages of a Vessel Traffic Management System. Safety at Sea also prepared a plan to ensure MOT’s International Ship and Port Facility Security Code Compliance.

Dr. Luis Guarin, Safety at Sea Director Safety Engineering, says: “This is the first time we have been able to make our marine safety and navigation expertise available directly to a port customer. The merger of Safety at Sea and Brookes Bell last year brought considerable master mariner and port experience to our offering. Being called in to verify the marine-related aspects of this major development confirms the way cross-fertilising in-house expertise has significantly broadened our scope.

“We combined the modelling, simulation, design and consultancy capabilities, evolved over a number of years, with in-house expertise at Brookes Bell to offer an innovative package of services that signals our ability to address port development issues at an early stage.”

MOT, which will mainly cater for local bunkering requirements, is situated on an island within the approaches to the Panama Canal. As part of its traffic management review, Safety at Sea assessed how tanker and barge operations would interact with both through-Canal traffic and around anchorage sites in the area, where up to 100 vessels can be waiting at any time.

Safety at Sea established traffic management rules and drafted an outline specification of navigational aid equipment that the terminal might require. The company also used its proprietary software to undertake simulations to better understand manoeuvring for berthing and un-berthing tankers in a range of weather conditions in both laden and ballast conditions, as well as requirements for tug and pilot boats. It used three models from its extensive library to cover a variety of ship types and operational conditions. [ENDS]