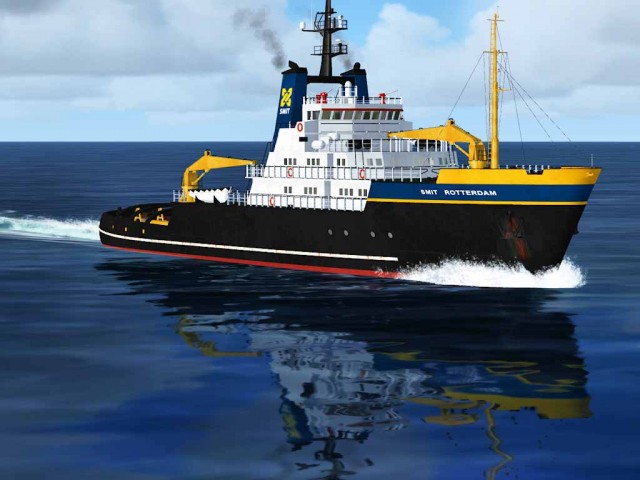 The four new tugs will be built by Cheoy Lee at its Hin Lee Shipyard in the Pearl River Delta on mainland China. Delivery of the first two of new tugs is scheduled for October and November 2013 with the remaining two following in January and February 2014. The estimated value of the contract is US$ 35 million.

The RAStar series was designed by Vancouver-based Robert Allan to provide the high power levels needed to undertake escort operations in weather- and sea-exposed areas, including LNG terminals, where high standards of seakeeping are required. Smit Lamnalco has operated 36m long, 100t bollard pull rated RAstar 3600 tugs in the Middle East Gulf since 2009.

Phil Cornish, from Smit Lamnalco’s Projects Department says: “We have had a very positive experience with this hull type, so it was the natural choice to opt for the RAstar design once again. However, because of the particular requirements of the PNG contract, we have opted for a shorter version with a lower bollard pull rating, which we believe will be a better match for the expected operating conditions.”

The four new buildings will have a maximum bollard pull of 65 tonnes astern and 69 tonnes ahead. Smit Lamnalco has included several safety features in the specifications to meet the stringent safety requirements for operations in LNG terminal environments.

The tugs will be built to the demanding FiFi class 1 rating and can deliver 2400 m3 of water an hour. They will carry the Escort class notation and can also tow over the bow, hence the 65tonnes astern pull rating. The four tugs will also come equipped with a render recovery winch capable of maintaining a consistent line tension in rough sea conditions.

Mr Cornish adds: “This contract shows Smit Lamnalco is willing to invest in owned tugs to enhance our capabilities in the offshore terminals market and meet the demanding requirements of customers in the LNG sector. This is a relatively new, but still tried and tested Robert Allan design, which we have customised to meet the particular needs of our first foray into the Papua New Guinea terminals market.”

Smith Lamnalco opted to award the contract to Cheoy Lee because of positive past experience with the yard and its proven track record with building to Robert Allan design. Cheoy Lee has constructed a vast number of Ramparts 3200 tugs for the Vancouver design house, although these will be the first RAstar 3200 tugs to be delivered by the Chinese shipyard.