Increasingly, owners of smaller merchant vessels prefer two-stroke, low speed engines over their four-stroke counterparts, in light of fuel savings, lower operating costs and lower emissions. To meet this need, Wärtsilä has reconfigured the layout of the widely specified RT-flex50 version-D engine to overcome width limitations that preclude installation of an engine with an exhaust-side turbocharger attached.

The new layout sees the A170-L unit from ABB Turbo Systems positioned directly above the fly wheel at the driving end of the engine. Wärtsilä licensee Hyundai Heavy Industries, South Korea, recently completed the first shop tests on an RT-flex50 version-D engine to feature an A170-L turbocharger unit from ABB in the new lay-out.

The space-saving step opens the way for the fuel-saving engine type to be offered for ship designs with slim stern sections, including smaller tankers, bulk carriers and ‘handysize’ container vessels.

The HHI tests verified that the configuration provides a viable alternative to other engine types featuring a smaller cylinder bore and higher speed. The first engine to pass the test will be installed on a newbuld at HHI’s Ulsan yard for an undisclosed owner.

“‘High efficiency’ here means consuming 1g/kWh less fuel over the whole engine load range when compared to the previous standard engine version, in line with fulfilling the International Maritime Organization’s TIER II NOx requirements. For derated engines and special tunings, efficiency gains are even greater. Depending on the engine load, efficiency gains of up to 4.5 g/kWh are possible according to the Wärtsilä layout data for this engine. Lower fuel consumption always reduces CO2 emissions.”

Mr Mutter said that the A170-L needed to accommodate pressure ratios of up to 4.8, and achieve efficiency as high as 68% at full load, and as much as 3% more at part load. “Due to the high requirements for pressure ratio and efficiency in general, the A170-L unit has proved itself as the best solution for these types of engine.”
For ABB Turbocharging, the shop tests focused on achieving the correct scavenging air pressure and confirming efficiency over the whole engine load range. Stability against surging was also verified, as was the turbocharger’s ability to operate below set speed and temperature limits.

Mr Mutter said that, as well as confirming the configuration’s fuel saving and NOx emissions reducing attributes, the shop tests confirmed that the D engine working with the A170 unit achieved smokeless operation, especially at low loads. He added that the new lay-out conferred more space to service on the turbocharger. 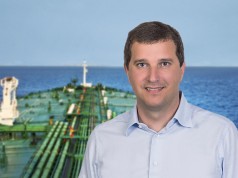 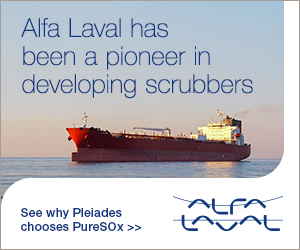 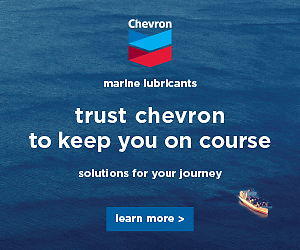