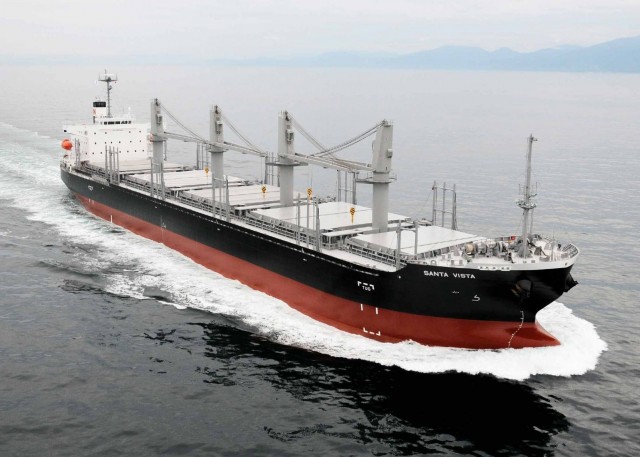 ClassNK announced today that it had awarded its first ever Statement of Fact for Tier III nitrogen oxide (NOx) reductions to a marine diesel engine incorporating a Selective Catalytic Reduction (SCR) system. The document, issued on 1 November 2011, verifies that the NOx emission measurement results for the engine, fitted with a pre-turbocharger SCR system developed by Hitachi Zosen Corporation, meets the NOx Tier III emission limits stipulated in amendments to Annex VI of the International Convention for the Prevention of Pollution from Ships 1973 (MARPOL).

The engine in question was fitted as the propulsion system for MV “SANTA VISTA”, a 37,800 dwt general cargo ship, built by Naikai Zosen Corporation for Nissho Shipping Co., Ltd., which entered service on 31 October 2011.

Not only is this the first time that ClassNK has issued such a document for a marine diesel engine fitted with an SCR system, it is also the first statement of fact issued by the Society for Tier III NOx reduction compliance of any kind.

SCR systems, currently a hot topic as industry looks for solutions to strengthening NOx regulation, offer the potential for independent reductions in emissions of more than the 80% required under Annex VI. Anticipating a growing interest in this technology and its applications in the near future, ClassNK released new guidelines, Guideline for SCR (Selective Catalytic Reduction) Systems and Reductant Agent Supply Systems, to assist manufacturers, shipyards, and owners in installing such systems on their commercial vessels.