Αρχική Ναυτιλιακή Αγορά The Role of the Intermediary Cash Buyer 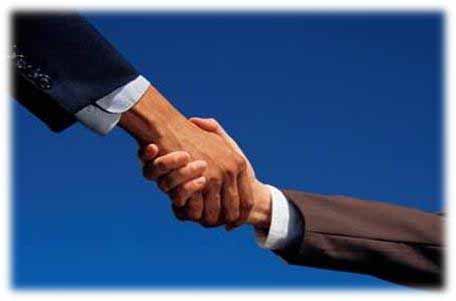 The current amount of capesize tonnage on order for 2011 is estimated at approximately 103.2m. deadweight, and it is anticipated that in excess of 25m dwt for scrapping will have wound up on the beaches of India, Bangladesh and Pakistan by the end of this year.

This is one measure of the rate of scrapping contained in a comprehensive review of ship recycling in the Indian subcontinent and beyond which appears in the current issue of Currents, the magazine published twice a year by the American P&I Club.

Shashank Agrawal, legal advisor at Wirana Shipping Corporation in Singapore, describes recycling progress as being in leaps and bounds as the worldwide shipping industry struggles against some of the toughest times it has ever seen. Established in 1983, Wirana is the oldest cash buyer in ship recycling, and since then it has negotiated more than 1,700 vessels and delivered a total deadweight in excess of 48m. The list continues to grow every day.

Wirana purchases vessels on the basis of 100% cash. It then sells the vessel to a recycler in any one of the ship recycling countries. For vessels purchased “as is”, the cash buyer takes over the ship at the delivery port and then boards its own crew to sail the vessel. Meanwhile, the vessel is reflagged, given a brand-new name and provided with fresh insurance cover for the voyage to the recycling yard.

The author states: “Therefore, Wirana is rightly referred to as an underwriter of recycling market risks. Due to fluctuations in steel prices in an extremely volatile market, the owners/sellers could stand to lose millions of dollars by the time the vessel arrives at the delivery port. Irrespective of market conditions, the principals of Wirana have steadfastly stood by owners and sellers.”

Mr Agrawal claims that the company provides an important economic and distribution function to owners as they deal with one single entity, which in turn deals with 300 recyclers between India, Pakistan, China (north and south), Turkey and Bangladesh.

Mr Agrawal describes in detail the legal situation as it affects ship recycling in India, Bangladesh and Pakistan, the recycling capacities in those three countries, and the state of ISO certifications in them.

Discussing the intervention of the judiciary, he says that in India the arrival of the passenger liner-cum-cruiseship Blue Lady (ex-Norway) caused a huge uproar because of the alleged onboard quantities of asbestos and other hazardous materials. The wrangle eventually landed up in India’s Supreme Court, which after many months laid down extremely stringent rules and regulations for governance of the ship recycling industry. These came to be followed by all sectors and industries involved in recycling.

The second part of this exhaustive survey of ship recycling will appear in the spring 2012 edition of Currents.

The current edition also includes comments and opinions on two other very topical issues which have been hotly debated in recent months: solid bulk cargo liquefaction, and mistakes made by pilots and the questions of who bears the burden of liability.