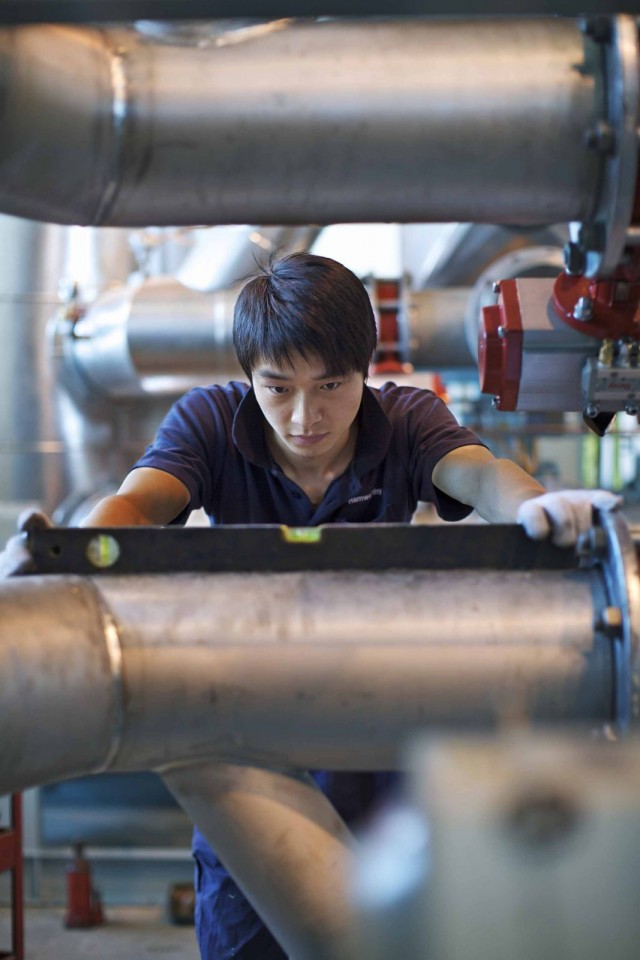 Hamworthy has won a contract from South Korea’s Hyundai Heavy Industries to supply its inert gas generator (IGG) package for the QUAD 204 FPSO project.
The BP-operated FPSO is to be deployed some 110 miles to the west of the Shetland Isles in the North Atlantic as a replacement for the Schiehallion FPSO.
Hamworthy will supply two sets of inert gas generator units, including two deck water seals, two control systems, two inert gas cleaners and two pressure vacuum breakers. The IGG system together with the control system will be placed inside a dedicated inert gas room to protect it from the harsh operating environment.
The new FPSO, measuring 270m by 52m, will be able to produce 130,000 barrels of oil and 2.2 million cubic metres of gas per day and will have a storage capacity of 1.06 million barrels of oil.
The contract for the BP FPSO follows on the heels of the deal signed earlier this year with HHI, for delivery of a fully assembled inert gas system to the Goliat FPSO to be delivered in 2012 for deployment in the Barents Sea, and an earlier contract with HHI for the FPSOs Usan and Akpo, to be deployed offshore Nigeria.

Commenting on the latest contract with HHI, Odd Ivar Lindløv, Hamworthy Moss Offshore Business Unit Director said: “Following on from orders to supply our inert gas systems to the Goliat, Usan and Akpo FPSOs, we have established ourselves as a leading and trusted supplier for safe and reliable inert gas products for the offshore market. We are very pleased to be working with HHI again on this latest package for the QUAD 204.”