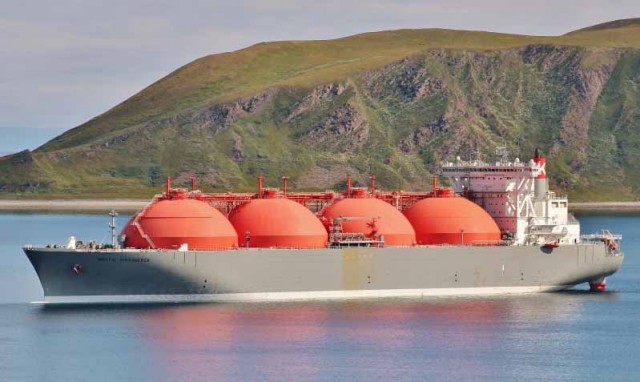 “Making technology-based decisions is complex for each individual company, as is finding the right way into the future. We fully support the overall political will and dedication to reduce harmful emissions from ship operations.”

Said Jörg Langkabel, DNV Country Manager, on the occasion of the visit of the German Minister of Transport, Peter Ramsauer, to Caterpillar’s factory in Rostock.

DNV is helping the industry in Germany to introduce LNG as an economic and safe alternative fuel for ships. The new environmentally friendly dual-fuel Caterpillar M 46 engine is fully capable of running on LNG and meets all the Tier III requirements in gas mode.

At the event, the presented possibility of converting a large number of ships with Caterpillar engines to LNG showed that this technology is now leaving the market niche and spreading out into the industry. As the most experienced class and service provider, DNV is playing an important role in supporting this development.

Mr Ramsauer made reference to Germany’s fuel strategy for the transportation industry, including shipping. He explained that the German government is ready to support pilot projects like retrofitting new engine solutions on ships.

Caterpillar pointed out that 450 ships are now using the M43C-type engine, which can be converted to an LNG-fuelled M 46 DF engine. The majority of these engines are installed on ships with German owners. About 190 of these ships are less than six years old and therefore in principle suitable for conversion to LNG. Most of the ships are container feeders of similar design. There is thus the potential for a standardised, cost-effective retrofit of a large number of ships.

“The transport industry can play a leading role by changing fuel. With our mobility and fuel strategy, we have introduced a way forward for a change with a long-term horizon, making this suitable for continuous planning and implementation,” said Mr Ramsauer. He demonstrated the government’s willingness to implement changes, stating that the MS Atair ship – which belongs to the German Authority for Shipping and Hydrographics – will be replaced by a new LNG-fuelled ship in 2015.

“DNV is convinced that LNG is an environmentally friendly fuel and the best available option to reduce emissions. We can offer many services relating to ship-specific solutions as well as advice on infrastructure needs and investments by ports and authorities. DNV’s tool for assessment and guidance on using LNG as fuel is the LNG Ready service, where the technical solutions are examined and alternatives compared on an OPEX and CAPEX basis, enabling customers to make a strategic decision,” said Mr Langkabel.

He added that DNV has a long and proven track record on LNG since the 1960s, when DNV was instrumental in the development of the Moss-design round transport tanks for LNG, a design still in use. DNV classed Norway’s first LNG-fuelled ferry, which has been operational since 2000, and classes more than 90 per cent of all LNG-fuelled ships. The newest is the Stavangerfjord cruise ferry belonging to the Norwegian owner Fjordline. This ship is 170 metres long and can carry 1,500 passengers and 600 cars. It will serve the busy ferry connections between Norway and Denmark.