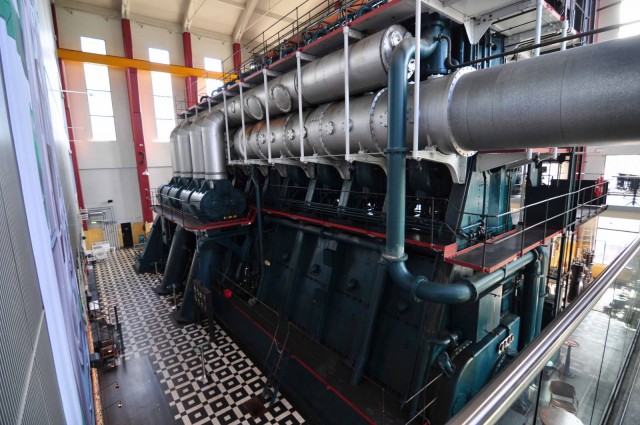 This month marks the 100th anniversary of MS Sekandia, which embarked on its maiden voyage from Copenhagen to Bangkok on 22nd February 1912. She was a cargo ship dedicated for a route between Scandinavia, Genoa, and Bangkok. And as she was built in times when great glory was associated with shipping, she had luxurious cabins for 20 first class passengers.

What was special about MS Selandia was that she was the first diesel powered ship, being propelled by two eight-sylinder diesel engines and twin screw propellers. Compared to the coal fired steam plant the ships of her time used, the diesel engine offered huge benefits:
– Much longer sailing distance
– Much less soot and heavy emissions
– Much cleaner engine rooms and better working conditions for the crew
– Better economics (they say this, but I dont know the details of oil and coal prices of that time)

Looking back, it is hardly surprising that this superiour performance would motivate a transition of the entire shipping industry towards diesel. But shipping is slow to move and it took about 40 years before the last coal fired ship in international trade was scrapped. But there are some domestic areas in the world that hasnt seen much development in their shipping sectors, inland waterways in the US for example, and from what I hear there might actually still be one or two coal fired steam ships out there.

The steam turbines on the other hand, have certainly outlived the coal fired boilers, and have been in use to this day, particularly on gas tankers. Today, the steam turbines might see something of renaissance as they may offer high efficiency and much reduced maintenance when natural gas is used as fuel.

Apropos natural gas and LNG – is it just me? or do you see some parallells here? The first LNG fuelled ship, Glutra, was launched in 2001, and offers much the same benefits over diesel as diesel offered over coal a hundred years ago, except the longer sailing distance. In other words, we are already 11 years into the transition from diesel to LNG.

MS Selandia is being tributed with three floors of exhibition at the Diesel House in Copenhagen. We’ll see if the next 29 years won’t send another 60 000 diesel fuelled ships to the museums.