Αρχική Ναυτιλιακή Αγορά First true hybrid system to be installed on board an offshore supply... 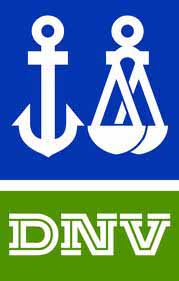 A true hybrid energy system is currently being developed for installation on board the offshore supply vessel Viking Lady. An impressive battery pack for energy storage will soon be installed. When the new system is complete, the operation of the engine will be more smooth and cost effective giving further emission reductions.

The Viking Lady is not like any other offshore supply ship. The three-year-old LNG-fuelled vessel, which is owned by Eidesvik Offshore, was the very first merchant ship to use a fuel cell as part of its propulsion system. The fuel cell, which generates an electric output of 330 kW, was installed in the autumn of 2009 and has successfully run for more than 18,500 hours. Based on this, the Viking Lady is already one of the world’s most environmentally friendly ships.

Now another first step is to be taken to reduce its emissions even more. Once the battery pack is in place, the ship will operate using a hybrid system similar to that which has been installed in hybrid cars for a number of years. However, the potential emission reductions are higher and the return on investment period is shorter for ships than it is for cars.

DNV is heading this research project, which is called FellowSHIP. Its partners are Eidesvik Offshore, the owner of the ship and Wärtsilä, who provides power solutions for the marine market. In this, the next project phase, an energy storage capability is to be introduced to the energy system. This allows the benefits of a true hybrid energy system to be explored.

The primary potential benefits of the hybrid energy system for a ship like the Viking Lady are a 20/30% reduction in fuel consumption and CO2 emissions through smoother and more efficient operation of the engines and fuel cell. The reductions of other exhaust components are even higher.

The whole shipping industry is currently facing record-high fuel costs. Based on these actual costs, the return on investment period for the hybrid system is estimated to be less than two years.

Bjørn-Johan Vartdal, DNV’s project manager says: “We know that the hybrid system will reduce the energy consumption. When operating, for example, on dynamic positioning, there will be a major fuel saving potential. When in harbour, too, the ship should be able to operate on the fuel cell and its battery power alone, which will reduce emissions significantly. For environmentally sensitive areas, this will be an essential benefit. Additional benefits are related to reductions in machinery maintenance costs and in noise and vibrations.”

A comprehensive measurement program will be carried out to verify the savings potential. The hybrid system will also be modelled in detail. Calibrated and verified process models will facilitate simulation and optimization of future hybrid systems.

The new DNV class rules for battery-powered ships have been developed in parallel to this. These are the first class rules developed in order for batteries to be used as part of a vessel’s propulsion energy – both as hybrid solutions and for “pure” battery-driven vessels.

The project is due for completion in 2013.

About FellowSHIP
FellowSHIP is a joint industry R&D project with the objective of answering a growing call for sustainable energy generation for marine and offshore use. The project was initiated with the goal of developing and demonstrating maritime fuel cell power packs, and has been extended to include tests of a hybrid system for maritime use. The FellowSHIP partners are the shipowner Eidesvik Offshore, ship designer/power electronics developer Wärtsilä and the classification society DNV. The FellowSHIP project is financially supported by the Research Council of Norway