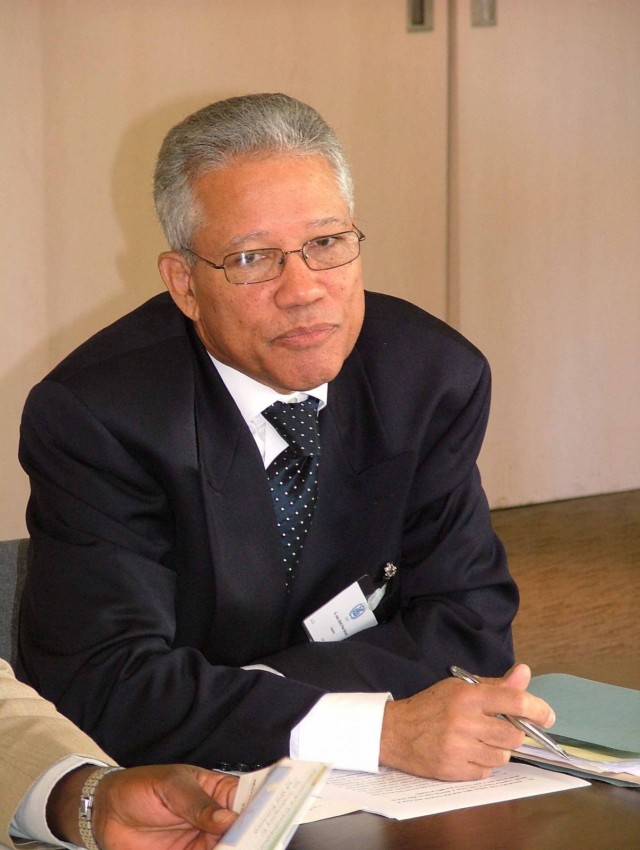 Amendments to the STCW Convention have been made at the right time to make
it relevant for today’s and future needs, according to Rear Admiral Peter
Brady, Director General of the Maritime Authority of Jamaica.
Officially opening a regional seminar in Jamaica entitled “Familiarisation
With The Manila Amendments To The STCW Convention And Code”, Admiral Brady
told delegates: “The Convention and the Code had to provide for the needs of
today and many years into the future.”
He said: “To prepare and equip seafarers for the new challenges of
effectively manning ships and minimising the possibilities of accidents,
incidents of pollution and security related issues, while ensuring fair
financial returns for the investor/shipowner, the International Maritime
Organization (IMO) has undertaken to amend the STCW at the right time to
make it relevant for today’s needs while anticipating the future needs and
requirements of shipping.
“So this Convention has to remain relevant to guarantee the competency of
the world’s seafarers bearing in mind that it is one of the four pillars of
the international regulatory regime aimed at providing for quality shipping
along with the SOLAS Convention, MARPOL and the Maritime Labour Convention.
The workshop was led by IMO presenters Mr Ashok Mahapatra, Deputy
Director/Head of Maritime Training and Human Element Section of the IMO’s
Maritime Safety Division, assisted by Ms Marina Angsell, Head of the
International Liaison Unit of the Maritime Department, Swedish Transport
Agency, and Mr Arsenio Dominguez, Alternate Representative of the Panama
Maritime Authority. They were supported by Mr Colin Young, IMO Regional
Maritime Adviser.
“As the chairman of the STW Sub Committee I have had the privilege and the
pleasure of working with the sub committee and the IMO Secretariat’s
Training and Human Element section ably led by Ashok Mahapatra over the
years and the review period has been most rewarding with a most successful
end product in the Manila amendments,” Adm. Brady said.